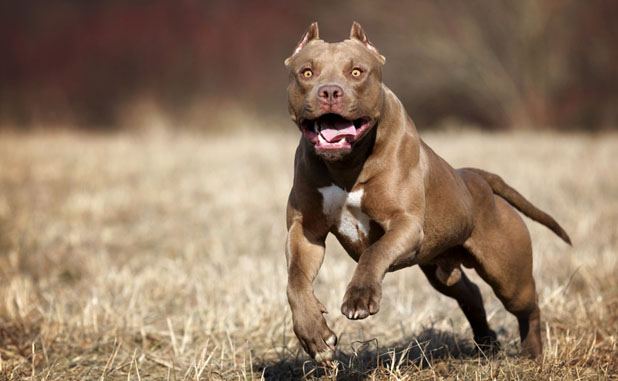 I usually try to make light of unfortunate circumstances. No one wants to read a constant stream of “oh, ain’t it awful” invective, and it’s not fun to live that way, either.  I am angry tonight, though, so bear with me (or tune out – this is your “some content may be disturbing” warning).

I was attacked by a pit bull while I was out riding this week.  As I rounded a curve on the bike trail on Leon Creek Greenway in San Antonio, I came upon a large black and white dog on the side of the trail. The dog’s attention was focused on a deer in the underbrush, but I was closer and apparently more interesting. I had no time to do much of anything before the dog attacked. The dog bit my left leg in two places and knocked me from the bike.

Thank God for helmets and riding gloves; I landed on my head and rolled, but didn’t break any bones.  I was stunned and a little foggy, though. I tried to stand, but was stopped by a sound I hope never to hear again – a low, deep, blood-chilling growl.  I froze, and tried to be as non-threatening as possible, avoiding eye contact with the dog.  The dog paced and sniffed for anywhere from thirty seconds to an eternity (depending on your perspective), and then lost interest and trotted off up the trail.

After a quick self-assessment (the bike was damaged but rideable; I was leaking from several new holes, and was in some pain and in no condition to ride) I began making my slow way to the nearest trailhead. I met a San Antonio Parks department trail steward after less than a 50 yard walk, and she helped me with first aid and calls to the police and EMS.

I’m healing.  My deep brain stimulation device is undamaged even though I landed on it, due to outstanding thoughtfulness by my son-in-law (who gave me the helmet I was wearing as a birthday gift). My bites are uninfected and closing nicely already. They found the dog, and it had a whole three weeks left on its rabies vaccination, so I avoided the joy of a series of rabies shots. The trail stewards, EMS crew, and park police were wonderful; helpful, professional, and concerned. Amy, who I called first, has been a trooper, and my in-laws pitched in to drive me to doctors and various other appointments while Amy was in school. So, why am I so angry?

I’m not angry at the dog. Pit bulls are unpredictable killers and are bred to be that way, but it’s not his fault. And please don’t fill my inbox with stories of how sweet, gentle, and loving YOUR pit bull is – I don’t care. Perhaps your pit bull’s time just hasn’t come yet. The news is full of stories about “sweet, gentle, and loving” pit bulls that kill other animals, children, and adults (even their owners), and chances are that if you come across a news story about a dog having killed someone, at the heart of the story is a pit bull.

Here’s a short collection of statistics compiled from a variety of resources, including the American Medical Association and other public health sources:

…most alarming is the observation that when attacks come from unfamiliar dogs, the pit bull was responsible for 60% and 63% of all injuries and ocular injuries, respectively.

…pit bull breeds were more than 2.5 times as likely as other breeds to bite in multiple anatomical locations.

…unlike all other breeds, pit bull terriers were relatively more likely to attack an unknown individual (+31%), and without provocation (+48%).

…attacks by pit bulls are associated with higher morbidity rates, higher hospital charges, and a higher risk of death than are attacks by other breeds of dogs.

…in 2015, pit bulls contributed to 82% (28) of the total recorded deaths, the highest fatality count on record for the breed.

…in 2016, pit bulls accounted for 71% of all deaths, just over 7 times more than the next closest dog breed.

Breed-specific laws are out of fashion these days – it seems to me that it’s based on a misguided notion of the unfairness of holding a dog responsible for its genetic makeup.  I think that misses the point.  Clearly, the dog is not responsible for the breeding program that resulted in its existence.  That does not mean that we should ignore the very real evidence that dogs that are bred for aggression tend to behave aggressively.

The dog is not responsible, though – the breeders and owners are. I am angry at the complete lack of accountability and personal responsibility displayed by the owners of this dog. The dog was roaming loose in a public area. According to the animal control officer who found and captured the dog, this was not the first incident. And, the dog who attacked me was captured with another pit bull owned by the same owner, whose rabies vaccination had expired.

It’s a felony if through inattention or stupidity I leave an unattended firearm in a place where a child could gain access to it, and it should be.  That kind of wanton disregard for the safety and well-being of another human is inexcusable and indefensible.  At very least, however, an unattended firearm doesn’t go hunting for people to hurt and kill.

This dog was hunting for something to kill.  If I had resisted or stood up, I believe it would have been me. I’m extraordinarily lucky that my wife and children didn’t have to identify my mutilated body, and that pisses me off. There often is no one to blame when bad things happen, and I know that as well as anyone from personal experience. However, this time there is, and it’s the idiot owner of this dog who for whatever reason has no sense of responsibility or regard for other people.

Own whatever kind of dog you want – makes no difference to me what your motivations are.  I love dogs, in general – Izzy is a very important part of my life. But, be aware that you have a responsibility to protect the rest of us from the consequences of your choice, and you have an obligation to stand up and be accountable for the damage that your choice causes.